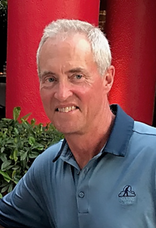 Brad is a Canadian, born in Calgary, Alberta, Canada.  He is the oldest of three boys all born within a period of 28 months.  His dad was not a believer (moralist) until he finally received Christ five days before his death back in 1993.  His mom accepted Christ after marriage and has been the spiritual pillar and Christ-like example for the family. Brad accepted Christ in a backyard Bible club at about age six.  His spiritual maturing process was forged at a 1200 member urban church in Calgary called Bethany Chapel. While attending Bethany, he met his wife, Barb, whose uncle-in-law was the lead pastor.  She moved to Calgary to start her first teaching position at Heritage Christian School after graduating from University of British Columbia.  Brad and Barb married in 1985 and immediately stepped into full time ministry in a small, rural, village church in Leslieville, Alberta.  Together they have two children, Ryan (30) and Colleen (27).  Ryan is married to Gabriela and they live in Portland, OR.  Colleen is single and lives in the Vancouver, B.C area.

Brad’s educational background includes a four-year B.R.E (Bachelor of Religious Education) from Briercrest Bible College in Caronport, SK.  He also completed a double masters at Western Seminary (Th. M & M. Div.) and then acquired D. Min in the area of Discipleship for Leadership from Dallas Theological Seminary in 2006.

​Brad took his church in Portland, OR through T-Net (Training Network for Disciplemaking Churches) and spent a couple of years in the Philippines training pastors in developing a culture and values for disciplemaking.  He is passionate is about producing whole-church disciplemaking and empowering individuals to be disciples. His greater vision is to equip every believer to have the heart, vision and know-how to become an active disciple-maker, energized by the love of Christ and empowered by the sufficiency of God’s grace. 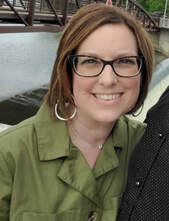 Karen was born and raised in the Northern Twin Cities suburbs. She met her husband, Mark, while attending the College and Career Singles group at their local CBNC church.  Over 25 years later Mark and Karen, along with their four teenage children Mackenzie, Benjamin, Samuel and Gabrielle, are still actively serving at this same church.

After graduating from Northwestern College in St. Paul, MN, Karen earned her CPA license and worked in both public and private accounting before taking an extended break to raise her four children.

In her free time, Karen enjoys spending time with her family outdoors for a walk, a round of disc golf or indoors playing board games and baking.